It’s a pretty nerve-racking feat.  You see, the hubs is not home for most of the waking hours and that leaves me to “chase” pigs, should the need arise.  This is not something that I feel is in my repertoire of things that I am good at, but the pigs needed some fresh greens and this is the easiest way, so my fears remain on the back burner. 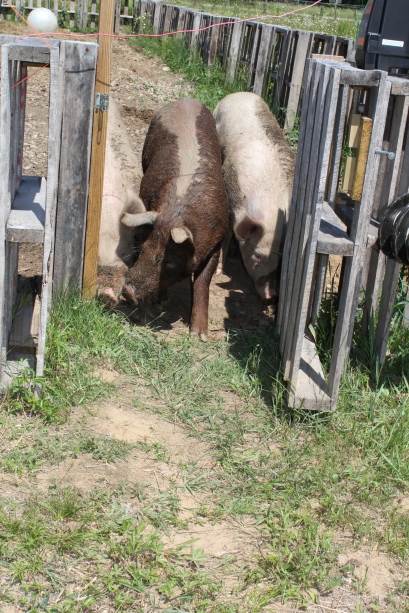 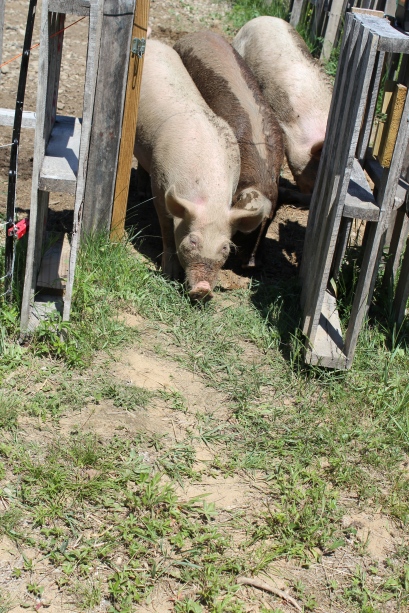 So, move them we did and what many have told us it is true, they say that pigs won’t cross the line where an electric fence was…that is unless there is pig feed on the other side!  We opened the gate and they went right up to it, but not past it.  We tried to coerce them, push them, chase them and nothing until I shook the feed bucket and they came a running, right past the gate into the field.  Those Babes truly LOVE their organic pig feed!

Whenever they see me, they snort, grunt and occasionally bark and when I grab the feed bucket they start frothing at the mouth, literally.  NEVER, ever come between a pig and their feed, they go nuts trying to get to it! 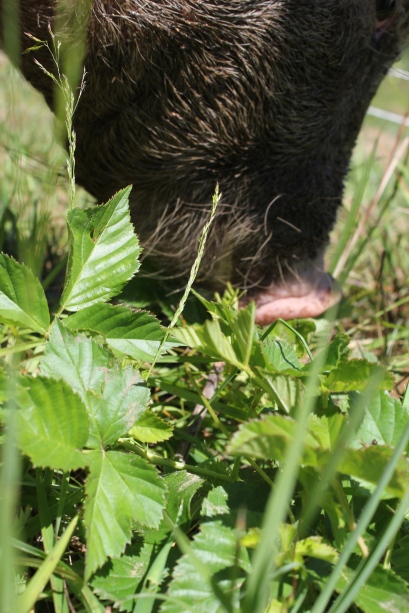 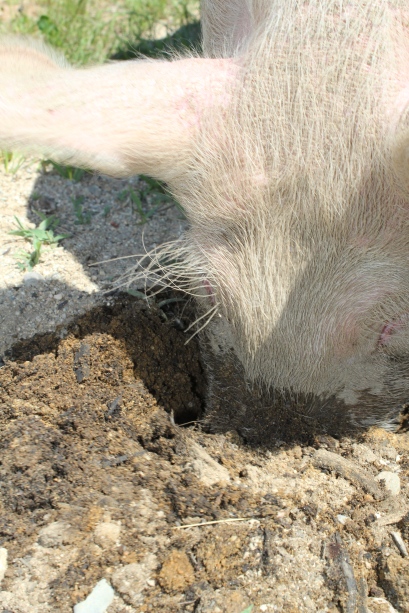 Once they were through the gate, they started chowing away on the greens and digging up the dirt with their snouts looking for bugs and whatever else smells yummy at that moment. 🙂 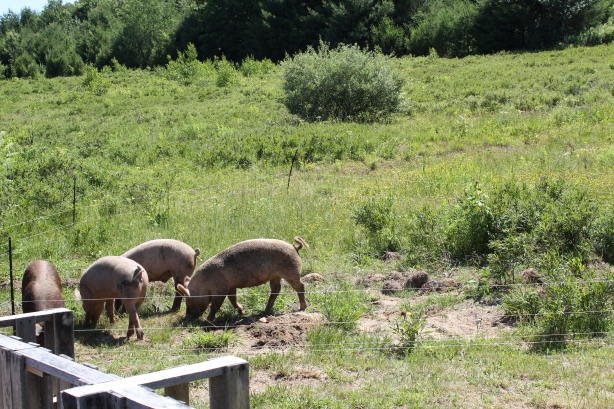 Once they were settled, the hubs and I grabbed a couple of chairs and just watched them do what they do while we sat in sun chatting about the future, our goals, and dreams for our bigger farm.   The kids were actually playing and getting along, then we heard it…bagpipes!  Seriously?!?  Now, where we are situated, there aren’t a ton of people around us and hardly anyone is around on a late Sunday afternoon, but someone was playing the bagpipes.

As magical as it seemed at the moment, I soon realized that it was coming from the church not too far away.  There were no services at that time, just someone playing amazing grace on the bagpipes.  There was no traffic and no noise, just peaceful amazing grace.  Even after I realized that the sound wasn’t coming from the heavens (bummer), it was still magical.  After all, it isn’t everyday the we are treated to a private concert of amazing grace while sitting in the sun, talking about what the future holds, watching our kids play peacefully and seeing our animals enjoy new pasture.

It was a magical, well needed afternoon.

Thank you Bagpiper, whoever you are 🙂

The Encyclopedia of Country Living