Sibling rivalry is alive and well in the farm-yard!

After a little routine (well less than routine this year) lawn mowing, we heard a terrible squealing coming from the pig pen, not an oops I touched the electric fence squealing, but something quite different.

Three of the pigs had the 4th cornered and were biting his tail and hid quarters. 😦  The gentlest of the bunch was under attack.

We hopped in and separated them but once they see the red color of blood…it’s game on!  So after they went at him again, we decided that we had to separate them and the only way to do that was but splitting the area with the electric fence, him in one side and them on the other.

Yay!  It worked!  We tended to the wounds and he healed within a few days

New problem..pig depression.  Now, I am no pig psychologist, but we had one depressed piggie on our hands…it was pretty easy to tell.  Pigs eat.  They eat ALL of the time, they eat almost anything.  It’s amazing what will go through a pigs digestive tract only to show up on the other side.  Stories for another day though.   I knew he was depressed, because he would just push his food around and take a few bites (not to mention the escape to the side with his pals that ended up with more wounds).  He would sleep beside the fence, just inches from his pals.  It was truly sad and very heartbreaking.  When I went  to scoop the poop, as I lovingly refer to my chores as, he wanted to play with me.  He was lonely, so we bonded.. full well keeping in mind that this animal could eat me or crush me against the fencing. He missed his buddies and I was no substitution. 😦

We decided that they needed more space, so we ordered some electric netting and decided to sacrifice what was left of the garden so they would have a little yummy distraction when we put them all back together.  It was really cute, they sniffed each other and went on their merry way to till our garden.  They made quick work of it and have been pig happy ever since.  Every once in a while, Red will sneak up to one of his buddies and give a little snout rub as if to say “I missed you”. 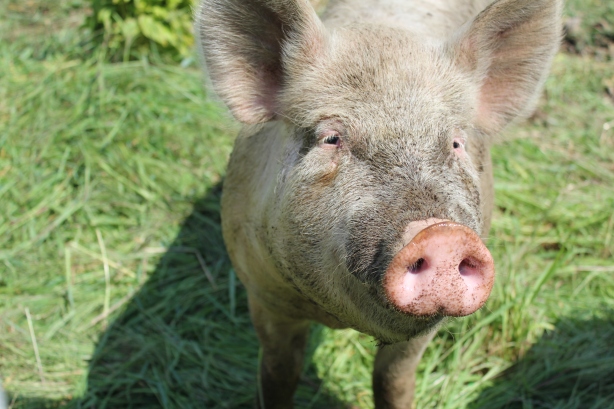 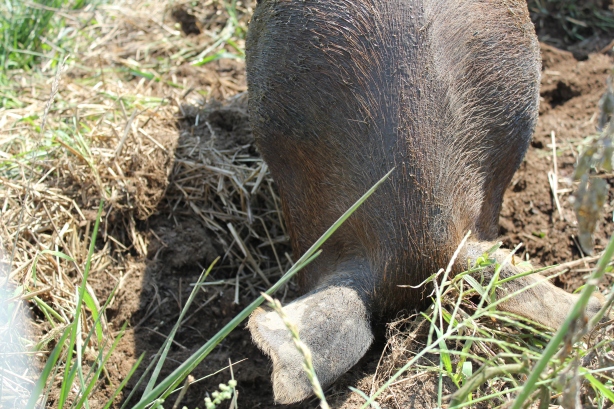 I believe that this is the picture that got me shocked to the bone…um, yeah…the new fence works. 😉 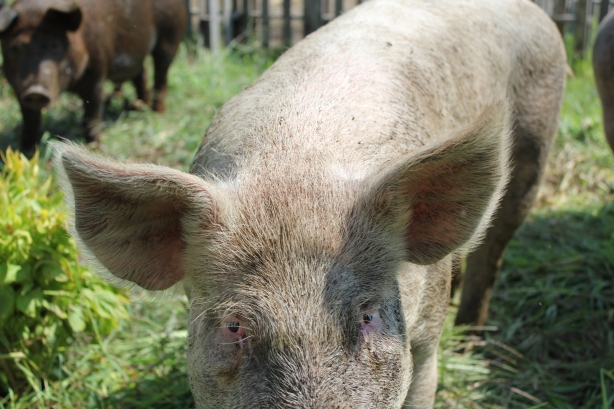 They are hovering around 200 lbs each and are just a joy to watch.  I learn so much by watching them…they are such smart creatures.  The most peaceful part of my day is doing my chores, feeding them and watching them.  I really think we are ready to make the jump into farming a bigger property….I feel it in my bones. 🙂

Now…if only my bones would find that perfect piece of property!! 😉

3 thoughts on “Fighting, fences and depression…..”

The Encyclopedia of Country Living